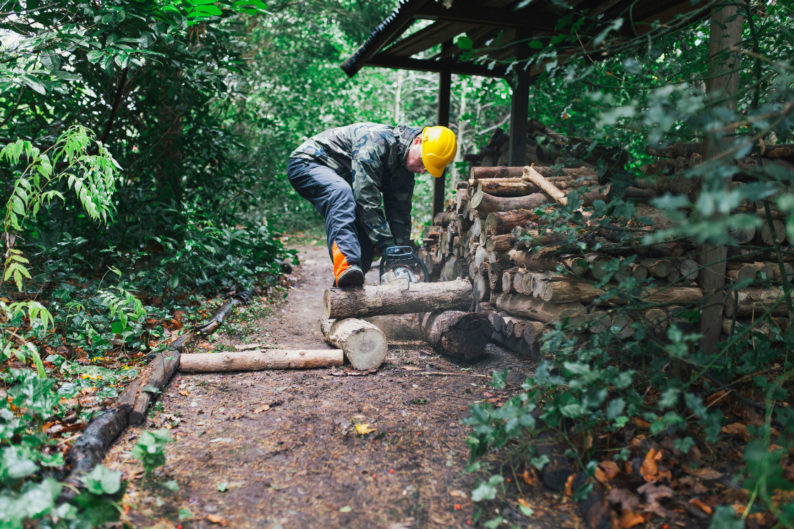 We’ve known for a while now that January is the most popular month for job seekers to kick off their search. Maybe it’s because of New Year’s resolutions to get a better job. Or perhaps it’s because people wait to quit until they get their year-end bonus (or find out they won’t be getting one). For whatever reason, our data shows job applications have increased in January by 20% to 30% every year for the last three years in a row. 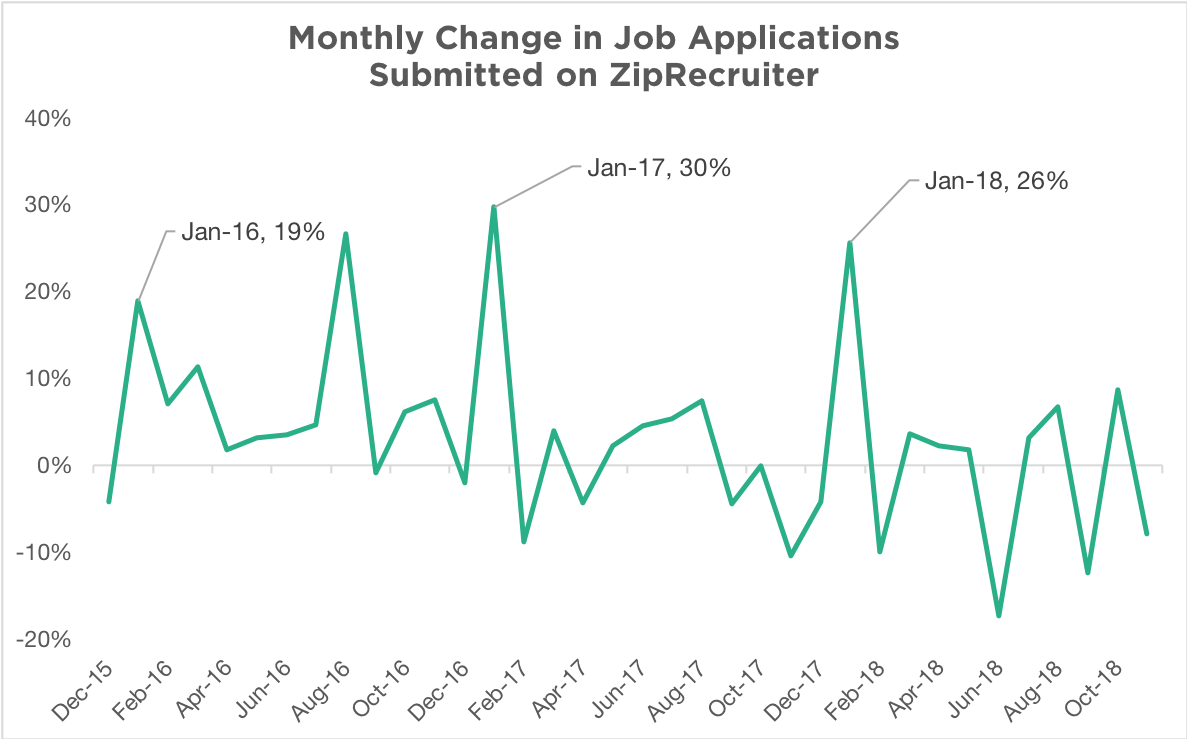 January is also an incredibly busy month for employers. So far this year, the most job openings posted to ZipRecruiter in any one month occurred in January. Openings increased 6% month over month from December 2017, mirroring the same seasonal trend from the previous year, when postings grew 14% month over month.

However, the spike in new jobs posted at the beginning of the year is no match for the droves of motivated job seekers knocking down employers’ virtual doors. While openings increased 6% in January, the number of people applying for those jobs jumped 26%. This dragged the ratio of job openings to applicants down from 1.33 in December to 1.12 in January—still a job seeker’s market, but markedly more competitive. 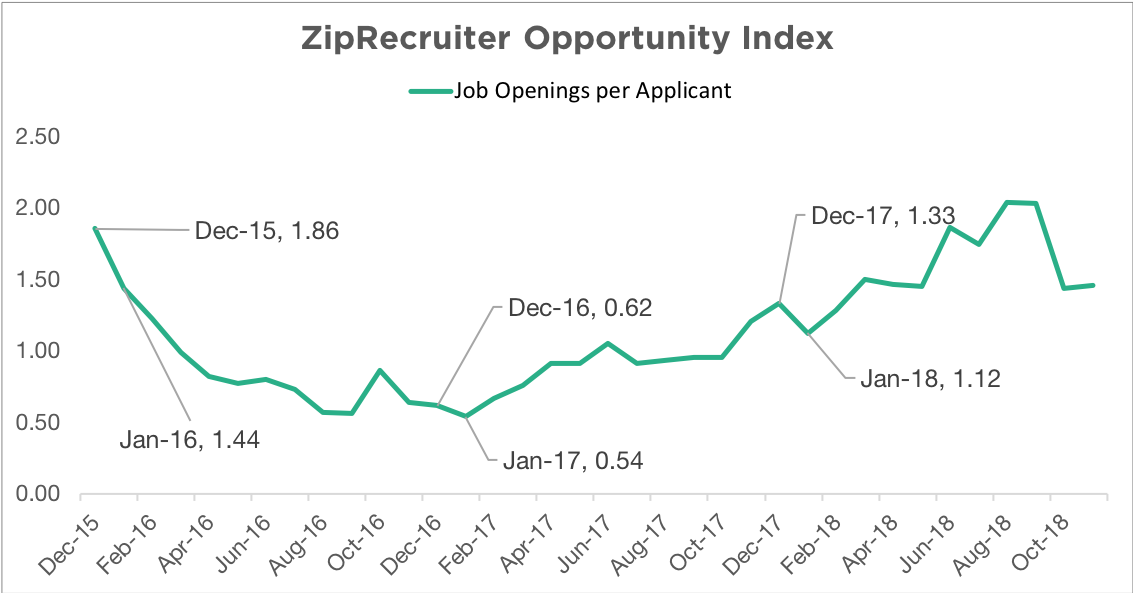 Unlike in January, job openings tend to decline in December as employers focus more on year-end goals and holiday travel than on hiring. But because of the even greater decline in applicants during December, job seekers face significantly lower competition and can greatly increase their odds of landing their dream job by applying before they break for the holidays.

The same is true at the industry level as well. Opportunity Index scores were lower in January 2018 than they were in December 2018 in every industry across the board. While jobs increased from December to January in nearly every industry, they did so at a relatively modest pace, often by 5% or 10%. Applicants, however, soared by double-digit percentage increases in every industry, illustrating that the drop in opportunity at the beginning of the year comes from outsized job seeker competition, and not a lack of job growth. 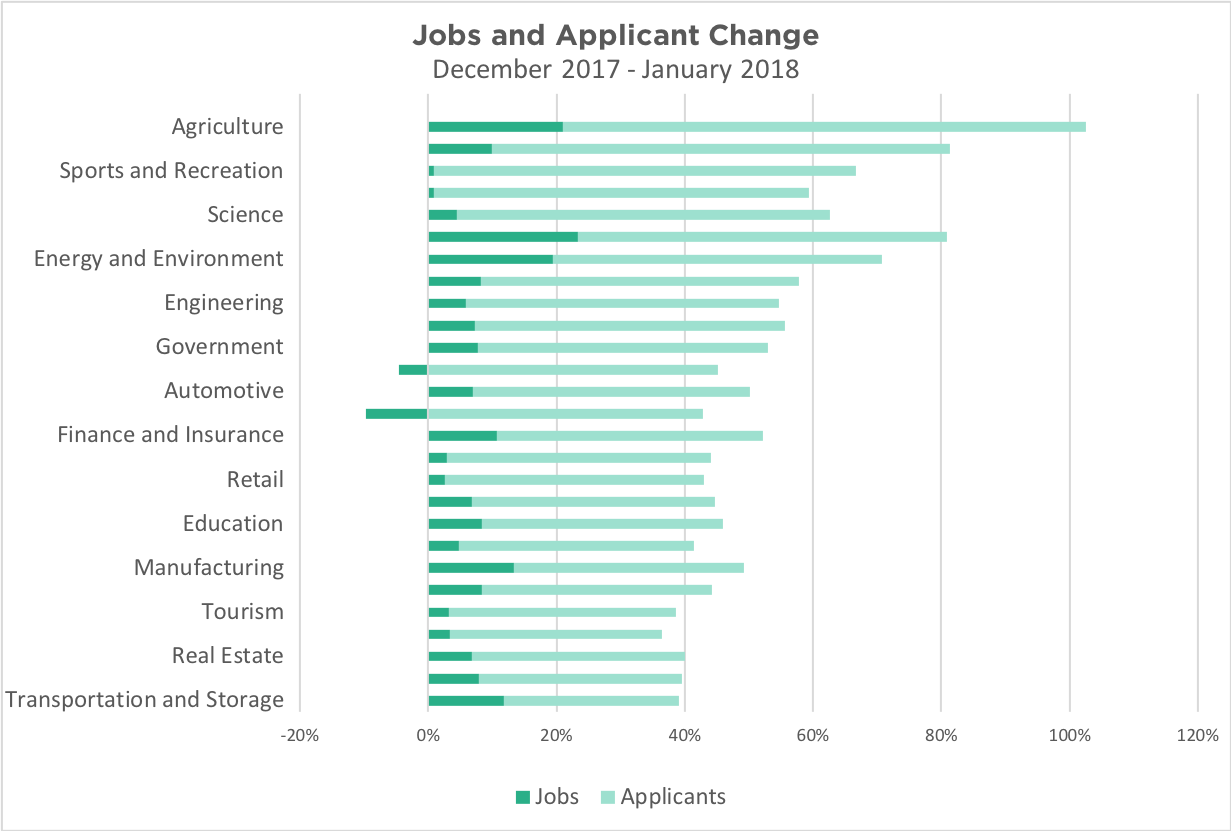 In today’s job market, every month is a good month to look for a job. But for anyone planning to find their next great opportunity in the new year, they may be better off by resolving to get started in December.