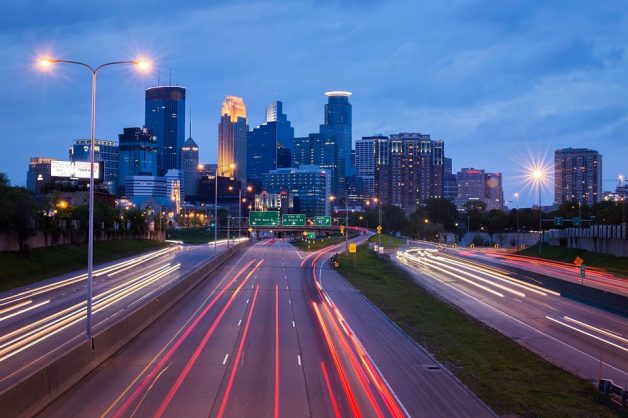 In fact, most job seekers would prefer to work for an SMB. According to a ZipRecruiter survey of more than 1,000 people on the job hunt, 64% said they would rather work for a small or medium-sized company than a large corporation.

Given the advantages offered and clear preference for SMB jobs, we located the markets where SMB applicants have the most opportunity for success. By examining metropolitan statistical areas (MSAs) with a minimum of 1,000 job postings by SMBs, and applying the ZipRecruiter Opportunity Index, we determined the markets where applicants face the least amount of competition for open positions.

Although the largest MSAs by population posted a higher number of SMB jobs overall, competition for those jobs is often prohibitively high. In New York, for example, there are nearly 40,000 openings at SMBs with 12 applicants for every available job. That’s twice the amount of competition faced by job seekers in Minneapolis-St. Paul-Bloomington, the MSA that made our our top slot.

With few exceptions, applicants at SMBs have the most competitive advantage in small to medium-sized MSAs across the Midwest.

Thanks to its relatively large population size, coupled with a strong overall labor market, he Twin Cities often appear on our best-of lists. Minneapolis-St. Paul recently topped our list of the best cities for manufacturing jobs with an Opportunity Index of 0.50 and rounded out the top 10 on our list of best job markets for 2018. The Twin Cities region is also a hotbed for startups, coming in 2nd place on NerdWallet’s list of the best metros for young entrepreneurs.

While there has been much ado lately regarding the in-migration of tech workers from Seattle and the Bay Area to take advantage of Portland’s lower cost of living, you don’t have to be an engineer to work here. Some of the most prevalent job titles for ZIpRecruiter postings in the Portland MSA are in food service and retail.

Even with a population one-third the size of the Portland metro area, Boise City-Nampa, ID boasts an equal amount of opportunity for SMB jobs. Most commonly associated with agriculture, job opportunities in the tech and healthcare fields are on the rise.

The Omaha-Council Bluffs MSA is yet another example of a small region offering big opportunities for SMB job applicants. Omaha is perhaps the most affordable region on our list. With a median household income of $62,645 and median home price of just $174,000, Omaha offers a quality standard of living at a low price.

The Madison, WI MSA is in the midst of a continuing labor shortage. According to a 2017 survey of business leaders by the trade association Wisconsin Manufacturers and Commerce, 77% of Madison-area employers reported having trouble finding qualified workers.

Much of Seattle’s storied job growth is due to tech juggernauts such as Amazon and Microsoft. But sometimes a rising tide lifts all boats. So far this year, Seattle has ranked in either 1st or 2nd place on the Paychex IHS monthly Small Business Jobs Index.

The startup capital of the world has plenty of SMB job opportunities. However, top job titles range from Software Engineer to Business Development Manager, meaning education requirements skew high in the Silicon Valley.

A staple on our annual Best Job Markets reports, Des Moines ranked as the 8th best job market this year. Also dealing with a labor shortage, the economic recovery in Des Moines has outpaced its population of skilled labor, especially in the booming construction industry.

Job seekers in Columbus benefit from a diverse job market with top job titles on ZipRecruiter ranging from Sales Representative, to Delivery Lead, to Software Developer. Every major Ohio city ranked on our list of the fastest growing tech towns in 2017, with Columbus coming in 14th.

Phoenix-Mesa is the largest MSA by population on our list and thus comes with more competition for SMB job seekers than the smaller metros in its cohort. We ranked Phoenix as the third fastest growing tech town in 2017, with 188% y-o-y job growth in the tech industry. Thanks to its climate, low cost of living and opportunity for high-paying jobs, Phoenix is on the rise.