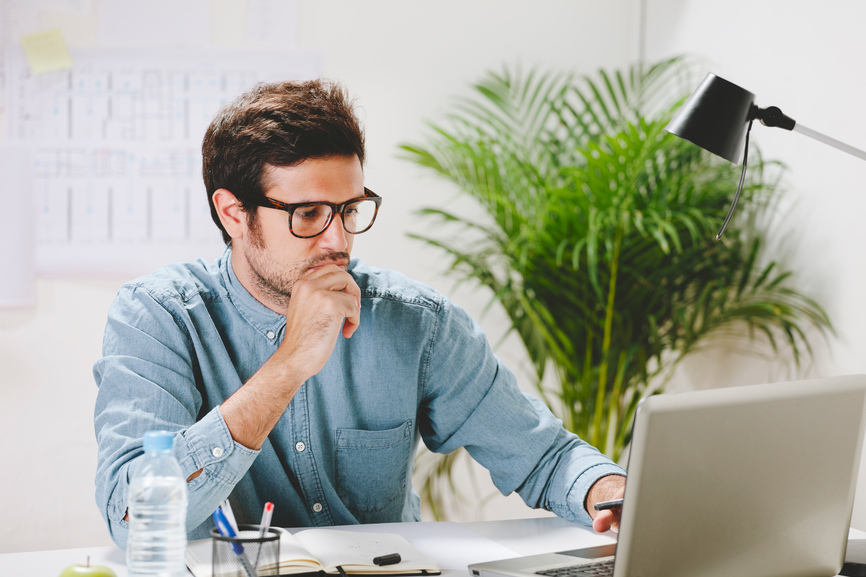 Whether you love your job or absolutely hate it, it takes quite a bit of courage to leave. And, there’s no denying that you’d like to get a little something out of the nerve-wracking process—aside from just the ability to move on to your next endeavor. What’s that? Well, a positive reference from your former boss.

Let’s face it—this can be awkward. You’re packing up your desk and bidding adieu to that supervisor. And, sometimes that results in hard feelings and a little bit of tension, regardless of how professionally you try to wrap things up.

Speaking of professionalism, let’s first talk about some proactive things you can do to leave on good terms—without burning any of those dreaded proverbial bridges.

1. Give Plenty of Notice

What’s not a good strategy? Marching into your boss’ office, screaming, “I’m outta here!” and then sprinting out the front door—knocking over the water cooler in the process.

Listen, I know that sticking around in a job after you’ve announced that you’re leaving can be uncomfortable at best. But, if you want to head out without leaving a bad taste in your manager’s and your colleague’s mouths, then you need to swallow your pride and give plenty of notice—at least two weeks is standard.

This gives your employer plenty of time to figure out next steps, without needing to scramble to cover your responsibilities after you booked it out of the office leaving nothing but a big ol’ water cooler puddle behind.

You likely have a reason—or perhaps even a multitude of reasons—for bidding adieu to your job. Maybe your co-workers are a petty bunch of people that are impossible to work with. Perhaps your boss was a micromanaging nightmare. Or, maybe you were so underutilized you felt as if you’d rather spend each day watching paint dry.

I get it. But, that doesn’t mean you need to unload all of that on your manager when you’re resigning.

Instead, stick to the surface of why you’re leaving—whether it’s because you found an opportunity you couldn’t pass up or just want to take some time to explore your options. Avoiding making things personal will spare a lot of hurt feelings, meaning you can still manage to maintain a somewhat friendly professional relationship even after you leave.

3. Offer Help in the Transition

Leaving your job is tough on you. But, it’s arguably even tougher on your employer. Your absence can really throw a wrench in things, and you need to be somewhat sympathetic to that.

If you have the flexibility and availability, I always recommend offering to help in the transition. Whether that means coming back to train your replacement or even creating some detailed standard operating procedures before you head out the door, doing what you can to make things easier on your employer will go a long way in maintaining a positive relationship.

Finally—and perhaps most importantly—you need to remember to be gracious when leaving. Even if you loathed that job down to your very core, it was what supported you for whatever length of time, and you need to be grateful for that.

So, when having that cringe-worthy conversation with your boss, remember to sincerely thank him or her for the opportunity. That’s important if you want to leave a decent impression (because nobody wants to be that employee that tossed up both middle fingers, said, “Thanks for nothin’!”, and then strutted out the door).

But, What if You Already Left That Job?

“Alright, so those are all great tips for someone who’s planning to leave a job,” you’re thinking to yourself now.

But, what if you left your job weeks—or even months—ago? Now you’re job hunting and are obsessively worried about what exactly is going to come tumbling out of that former employer’s mouth if a hiring manager reaches out to him or her.

Yes, I know this is enough to have you huffing and puffing into a paper bag. However, don’t panic yet. If you left that job a while ago (whether on good terms or bad), you’re left with two basic options that you can explore.

It’s time to reconnect. This is an option I recommend only if you managed to leave on somewhat good terms with your employer. If you took the whole middle finger or tipping over the water cooler approach? Well, then I’d suggest hiding anytime even the mention of his or her name comes up.

In all seriousness, if things didn’t end super tersely, there’s nothing wrong with circling back with your old boss with a friendly email. This doesn’t need to be anything complicated. Instead, it can be as simple as this:

I hope you’re doing well! I was just thinking about you and how much I enjoyed my experience at [Company Name] the other day.

Again, I hope everything’s going great for you. Give everybody on the team my best!

Before you ask—no, you shouldn’t explicitly ask your previous employer to give you a glowing recommendation. He or she needs to be honest, no matter how much begging or pleading you do.

However, know that the simple act of reaching out and reconnecting is usually enough to remind your past boss about what a great (or, at the very least, not terrible) employee you were.

2. Turn Down the Request

Chances are, if you’re worried about what your previous employer is going to say, then you likely don’t have anyone at that company listed as a reference.

More often than not, hiring managers reach out to references first—and then will specifically ask for permission to contact your previous or current employers. Sometimes it’s a checkbox on your application, or it might be a question that comes up during the interview process.

If you’re feeling really uneasy about what your past boss might have to say about you, know that you absolutely can turn down the request to reach out to your previous employers. Yes, it might raise a few red flags. But, in the end, that’s likely better than the hiring manager needing to listen to your previous boss’ seemingly endless rant about how awful you were.

There’s a lot of anxiety caused by the job search process. And, feeling as if one of your previous employers is a loose cannon will only add fuel to your already nervous fire.

So, if you’re having doubts about what might happen when the phone rings in your past boss’ office, come back to this post for your next steps and you’re sure to come through at least mostly unscathed! 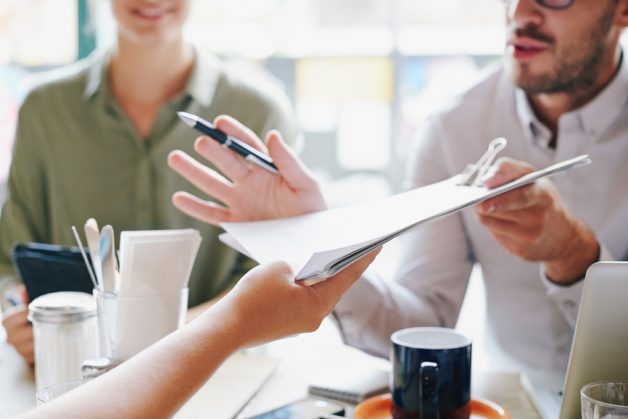 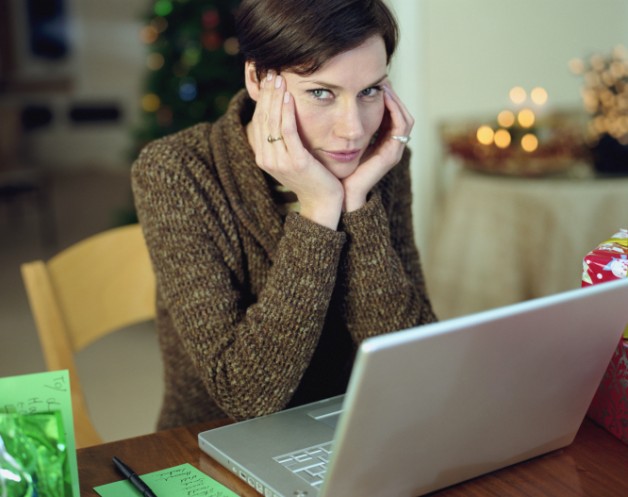 Read This If You Can’t Stay Happy at a Job 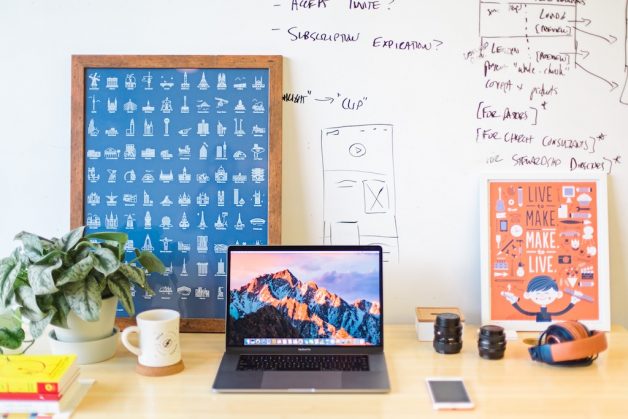 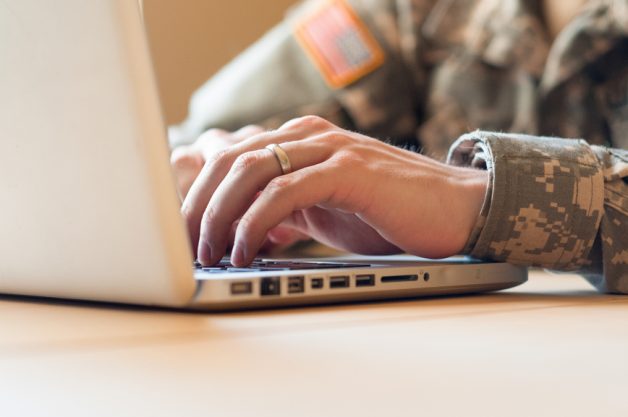 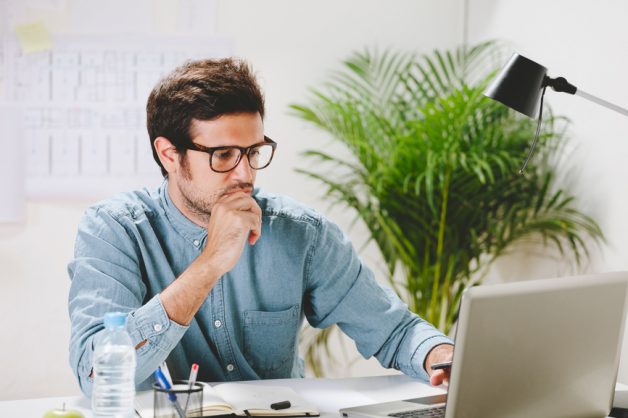 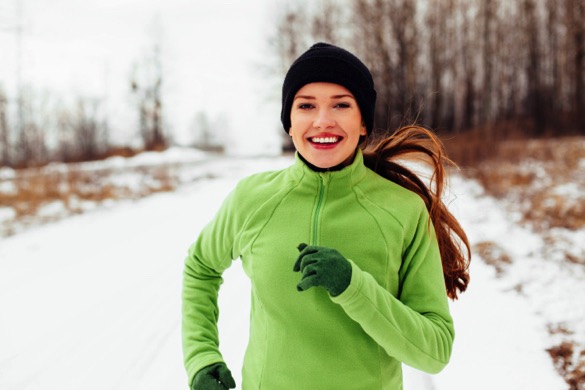